My own experience reconnecting with the magical beauty of nature.

I had the chance to explore Sabah, Borneo and I leant this incredible corner of paradise offers several islands with wonderful sea; Turtle Island, however, differs from other places I’ve been, not so much as a bathing resort as to the possibility of observing during the night the sea turtles that reach its beaches to lay their eggs.

Precisely for this reason the island, whose real name is Selingan Turtle Island, is known to all with the nickname of turtle island and houses a real conservation center where the eggs are collected waiting for their hatching. Once born the little turtles are “released” on the beach and you can watch the moment when this little creature, following the instinct, head towards the water. From then on, they will have to get by themselves, in fact mother turtle, once laid the eggs, will not return to care for her babies.

The island can be reached from Sandakan in 1 hour by boat and is located in the waters of the Sulu Sea, a sector of the Pacific Ocean between the Philippines and Borneo. Booking is essential because only limited number of people a day have the possibility to stay on the island!

During the afternoon it was possible to sunbathe and snorkel in the beautiful sea of ​​Turtle Island, absolutely pristine and full of fish. The dinner, very simple, was in a buffet style and I really loved it!

When night falls, everything changes! The whole island remains almost in the dark and all visitor are not allowed to stay at the seaside as it is the time where turtle come offshore to lay their eggs! The rangers scour the area and as soon as the turtles start arriving you will be escorted to the beach in small groups to witness the spawning. Bear in mind that you are not authorized to go to the beach by yourself from dusk to dawn.

It is very important not to use flash, not to make noise and especially not to go too near while turtle laying eggs. The eggs are then collected by the rangers and placed in the nursery to protect them from predators. The next morning the rangers mark on a large blackboard the number of turtles that arrived during the night and the number of eggs collected.

Usually the packages offered by the local tour operators like Borneo Calling Tour. They provide transportation from Sandakan city / airport to the embarkation pier, the boat trip, a night in the chalet on the island and dinner. The return takes place the next morning, immediately after breakfast. My tour guide, Loy was awesome and knowledgeable.

It is an absolutely exciting experience!

Throughout the year, almost every night, sea turtles reach the islands of the marine park in the Sulu Sea to lay their eggs. The Turtle Islands Park (Taman Pulau Penyu), which includes several islands, was created with the purpose of ensuring the conservation of sea turtles.

The only island in the park where visitors are allowed is Selingan Island, the other 2 Bakungan Kecil and Gulisan islands are only accessible by rangers.

I’ve learnt so much about the sea turtle I’ve seen and I found out there were many different types of turtles! The green turtle (Chelonia mydas) is a sea turtle from the Cheloniidae family, whose name derives from the greenish color of its skin. With a weight of up to 300kg, the green turtle is among the largest sea turtles in the world. It has a small head in proportion to the body and not retractable. The carapace of the oval shape can measure one and a half meters!

The hawksbill turtle (Eretmochelys imbricate) is distinguished by a pointed head with an end that resembles a bird’s beak. This species is not very large compared to other sea turtles, in fact it reaches just over a meter in length by 70 kg of weight. Their shell has overlapping bone plates, which resemble the embryos of a roof, from which its name derives.

Sea turtles are threatened by numerous human activities including fishing, pollution, degradation of nesting sites and this trip helped me realize how much the island is doing to save them and protect them basically from us and from our reckless activities and habits.

To safeguard the survival of sea turtles, Selingan Island has been used for this special conservation where I had the chance to marvel at. Every evening, the rangers of the marine park patrol the beaches of the island and transfer the freshly laid eggs into a special enclosed nursery, safe from natural predators, including monitor lizards, birds and snakes.

Once the turtle arrives on the beach and finds the right site, it begins to dig a hole with its fins where it will lay at least 50-60 eggs. As soon as the whole process is completed, the turtle will return to the sea and return to the island only at the next nesting

Baby turtles that are born in the hatchery site are helped by the rangers to reach the sea immediately. They released on the sand, not in the water as crawling towards the ocean is part of the sea turtle imprinting process. It helps ensure their survival. And I was so lucky to witness these incredible moment 🙂

As soon as the hatching took place, baby turtle begins their battle for survival. It is believed that only 1% manage to survive while the others are hunted by predators. Only 1 in 1,000 hatchlings will survive to adulthood.

I’ve learned one unique fact during my visit which is the female turtles will remember the island where they were born and they will be returned to the same island to lay their eggs after so many years! Turtles usually arrive every night, but there are no specific timetables. The first turtle could arrive at any time even in the early morning hours, so be prepared to spend some time waiting for this magic to happen!

Why you should totally get to Selingan Island?

I had a blast in Selingan Island with Borneo Calling and, even if turtles are its main highlights, it gives the chance to relax and explore for a great vacation based on reconnecting with the sea and surrounding nature while trying some outdoor activity like snorkeling and have a glimpse of everything on this beautiful island has to offer. I really think this precious island is the best place to reconnect with nature and to finally relax from our city life stress. I have to admit I was a little bit skeptical ahead my vacation because it really seemed to be another exotic island to chill out at the beach.

Well, Selingan Island is so much more than that! It’s one of those places where tourism hasn’t destroyed its beauty and its sense of uniqueness working so hard in protecting both its incredible creatures but also its uncontaminated natural charm. Hence, I suggest you to book your stay at the island ahead as the number of visitors allowed daily is limited and then to just enjoy it! In the islands it is only possible to move on foot. In any case, the dimensions of both islands are so small that there are not even motor vehicles or bicycles. There is simply no need and all this make things even more stress free and enjoyable. A trip to Turtle Island will be a great chance to experience some things you won’t forget! 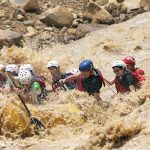